Have I crossed over to the dark side?

As a surfer, I never thought I would stand-up paddle, period.  Let’s not be delicate:  I thought stand-up paddle boarders were the enemy.  Sometimes, I still think so.

But this spring, after moving onto a sailboat, I became the owner of a stand up paddle board by choice– it seemed a reasonable means of getting from point A to point B, and the kind of water activity one could potentially do while imbibing- case in point, my Brent & I used a SUP to ferry a cooler of beer from a marina store to our boat.  For such purposes, paddle boards were totally acceptable to me.

“Just don’t bring ‘em in the lineup,” were my words, “and I’m fine with it.”  Since we’re being honest, I figure I should tell you that I may have not-so-accidentally knocked someone off their 11 foot-plus board at Ledbetter Beach in Santa Barbara.  The guy was wearing hot pink board shorts, listening to his iPod, and hogging the waves from a lot  of surfers.  Especially me…  He was asking for it.  In the interest of honesty, I should also mention that this August I (gulp) surfed a SUP.  Yes, it was a SUP only beach, but still- I broke my solemn vow.

Well, here we are, a few months later, and I am not only paddle boarding- gasp- regularly, no less!  A I find myself truly enjoying it.  I no longer look with hatred and disdain paddle boarders- even in the line-up, I am searching for style and grace in their surfing, and understanding more that it’s not as easy as it looks.  Does that mean I’ll be paddle-surfing in the near future?

I doubt it.  So far, I’ve preferred my surfing of the horizontal-paddle variety.  It’s just my bag, baby.  But I will say this:  You can’t knock all paddle boarders.  There are a whole different set of muscles that are used in paddling into waves standing up- and a different  mentality.

AND just because I don’t prefer the SUP board doesn’t mean I’m not into it.  Like, if you asked me which I liked better, chocolate or vanilla, I’d say vanilla- most days.  Some days, I really like chocolate better.  You know what?  Just give me swirl.  I really don’t like to choose.

That’s how I feel about stand up paddle and surf- they are two distinct entities, like chocolate and vanilla.  Both are delicious, and some times you’re in the mood for one or the other- but usually, who not both?

Paddle boarding is totally different from surfing- it’s so zen.  From surfing, I get the amazing high of my adrenaline pumping, my heart knocking against my ribs, and gasping for air.  Paddling, I get deep slow breaths, a killer core workout, and an almost meditative calm from the rhythmic stroke of the paddle.  With both, I get to observe the marine wildlife, beauty and wonder of the ocean.  I mean, really, do they have to be mutually exclusive?

One thing I’ll note about paddle boarding is it has a less competitive culture.  So far, the paddle boarders I’ve met enjoy being in the water, appreciating nature, and having a good time as much as anyone else.  But… and this is important- they also don’t seem to be out to get me.

I know, hard to believe, right?  Ok, ok, so what does all this mean?

It means, if you’re a surfer, you can still enjoy paddle boarding.  The ocean is very large- and it’s big enough for everyone.  We can share- though I still think that ALL paddle boarders (myself included) should be mindful of where they go, and be aware of their limits.  I’m not encouraging a whole fleet of SUPpers to flood Trestles.

But you know what?  Most don’t want to.  They are happy to just surf the waves they find, the little corners, the small bumps, or the outer reefs.  They are stoked just to be in the water doing what they love.

So don’t hate, integrate.  But still, kind of, segregate.  At least, on my waves. 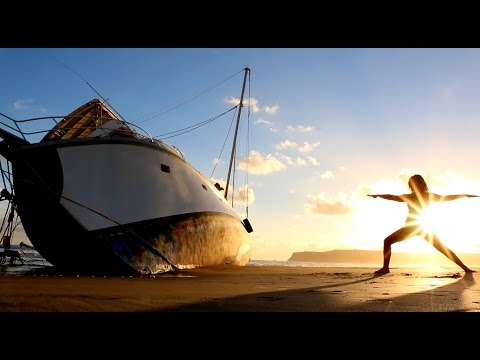